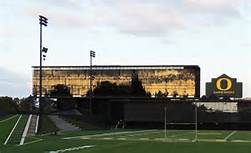 This business is a funny beast.

On a personal level, my dad chose to see me as a sports writer when he described me in his memoir. To an extent that is very true. I cover sports for Oregon. Occasionally, I help out other sites; as I did this summer for Florida. What I find intriguing, I suppose, is that this is not my 'job' so to speak.

Now, make no mistake about it, I take what I do very seriously and give all of my free time to being the best I can be; to providing as much information to our readers as possible. I think, in many ways, that also led to the concept of the long summer. It has really been more than just a long summer.

I think it really began last fall. As multiple sources began to talk to me about a multitude of issues happening behind the scenes. There were some financial people talking to me about the projected loss of ticket sales; the revenue that had already been lost; projected losses in concession sales, branded products and DAF donations. There were people calling me about recruiting and the changing world. Then there was the coaching change.

Last November my wife asked me when I would be done checking my phone. I naively answered that it would probably all quiet down once a new head coach was hired; that did not happen. Recruiting completely pivoted; the industry of recruiting coverage also began to change as two of the three sites began the process of merger; one site had a separation. there was a new onslaught of information heading my way.

I doubt that I have had much more than a few hours (aside from sleeping hours) without some form of contact about recruiting, coaching, player development, etc. since last August.

That's the thing, I do this for love of the sport. But I also have a day gig and that job has become i9ncreasingly more challenging over the course of the last 12 months. It's kind of the nature of the beast. We have a small (three people) management team and I am in charge of all Portland Operations for our company. As such, i am also the only member of our management team who answered his phone during off hours. We run 24/7 and someone has to answer the call.

And I think this is where it really all comes home; I just spend so much time and have never really been one to say 'no' to anyone. I often (even this past Friday) ask to take on even more. It is a drive I have always had - to be the best I could at whatever I did. When I ran track in high school, I trained hard; like 100 miles per week hard. When I became a powerlifter, I trained hard; like a nearly 700-pound bench press hard.

My old training partner moved to Colorado; the gym I used to lift at closed. Two car accidents have changed my workouts over the course of the last year or so and my new gym is a place where I am anonymous; just another guy working out.