Home » »Unlabelled » Today we said goodbye to a friend.

Today we said goodbye to a friend. 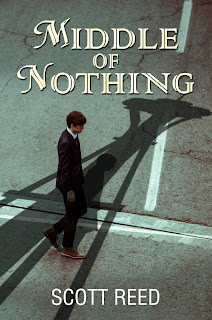 Today we said goodbye to a friend.

Truthfully, as the pastor said, we did not really say good bye, only realizing that we will meet again someday in a world far better than the one we inhabit. The service was not only brilliantly and beautifully coordinated, it was indicative of a meaningful life well lived. There were men, women, children, people of all ages and all walks of life gathered to celebrate a life that, despite enduring chronic physical pain, was always about serving others. Darla had the kind of spirit which made you forget she was in pain – every; single; day.

I shared with her husband a couple of stories that remind me of what it was about Darla which had touched the lives of so many people.

I did not know Darla as long as many of those in attendance; some of whom had known her for an entire lifetime. Friends from birth with always a connection even if separated for years at a time as often happens with the passage of life phases that create our own daily drama. Despite having only known her for those three years in high school, what I remembered, and shared with Tom, is that Darla was always just a caring and generous person. There was not a mean-spirited bone in her body and I do not believe I ever heard her utter a single negative comment toward anyone. I had come to Churchill High School two weeks into our sophomore year. I was nervous and somewhat shy (imagine that). I had difficulty blending into a school where so many of the classmates had known each other since kindergarten.

To be fair, those were my difficulties; my responsibility. Darla, though, would go out of her way to be pleasant with a smile and soft ‘hi’ in the halls. There was no obligation to greet the new kid; the outcast; and yet that is just the way she treated others. The Golden Rule seemed a natural for Darla. You could even call it ‘Darla’s rule.’

After graduation, I went off to the Marine Corps and lost contact with most of the graduating class save for a select few friends. It was the advent of Facebook and reunions which altered a reality and reinvigorated my own personal belief in a class of students who have become a piece of my heart and soul. These were the people who shared in my pains, my joys, my heartbreaks. All of those things which entail being a high school student were not experienced alone. We may have felt alone and unique in those moments, but we were all the same. Raging hormones creating confused kids trying to wind their way through a crazy world to become adults. Each one of the students at our school was a piece of our soul, put there to create the men and women we would become.

With the ability to reconnect with so many friends from school, it was wonderful to get to know Darla again as an adult. The thing that has stuck out the most for me is the other memory I shared with Tom today. About a year ago, when Robin Williams committed suicide, I wrote a piece called ‘The Tortured Soul’ about the pain inside the minds of those who shoot through this world like a meteor, leaving a trail of beauty behind, gone far too soon. After sharing the work with the Churchill Class of 84 Facebook page, Darla, oblivious to her own needs, took the time to not only thank me personally, but to share a piece of herself which I did not know. Her encouragement in the face of her own pain was awe-inspiring. I wish I had the kind of heart and soul as Darla. If only every person had the kind, compassionate, caring nature which she has always displayed, the world would be a perfect place to live.

I guess, though, that we will have to wait for heaven to experience that joy. Something tells me Darla will be there at the gates waiting to welcome us all.
Posted by Scott Reed at July 07, 2015